I've gotten so busy with moving things, and getting the place ready that i'm moving into. Over the course of a few months i've changed many plans, gone through really hard situations, have grown, and have been hindered.

My fiance and I have been trying to move everything into either our storage unit or his house to prepare for my move. Since my last post i've been able to go through some of my boxes that were scattered through out the house, and I was able to throw away at least a box worth. I will be more brutal later on when we get settled down.

A lot has happened emotionally over the passed few weeks. I've gone through a lot of pain. I've clung to someones rotting dead body for a few years now hoping to bring them back to life. There rotting corpse begun to taint my healthy body, creating sores on my arms, and legs. These sores became infected, and it began to systematically spread through out my body. The smell of the body was horrible, and the flies laid maggots inside the body. I tried to prevent birds from picking at the body, feasting on the flesh. Apparently I had been clinging on to the body for a few years, and I didn't realize what it was doing to my body until I was able to release my self from it. Now that I am away from the body and turned toward Jesus, I have begun to heal. Several times i've wanted to get back down on the ground again and cling to that dead body. I wanted to believe it was alive. I had to let it go. It was killing me. Only God can resurrect it. I can only pray. I remind my self everyday not to go back to the body.

Sin is nasty,
Sin is poison,
For years i've been told. I didn't understand. Now I do. It poisons every fiber of its victims soul. Traps them in chains of burden, guilt, anger, and addiction. They can never move on until they give there sin up to God. They can not control it their selves nor can the ones who love them. I fought for them, i've cried for them, I began to kill my self for them, but they never turned away from it. Maybe for only a short period of time, but they just went back and continued there destructive sin. Broken promises, broken relationships is the result of sin. I love this person, so much. But I had to let go. They were going down to the grave, and they were bringing me with them. I trust God will help me with this process of letting go, and moving on. I will cling to the hope that God may one day heal them, but I will not cling to them any longer. I love you, I always will. When you are ready, I will be here. Just know, I will know when you are being genuine or fake. God is the only one that can rid you of your sin. You can not do it on your own. He is the only one that can save you from it.

My Journey To a New Perspective About Material Items

Posted by Unknown at 2:03 PM No comments:

https://www.youtube.com/channel/UC7xAVKr1TWKo_bjs5rHwPdA
Posted by Unknown at 3:13 PM No comments:

Yesterday I went grocery shopping for the 21 day fix. I wasn't able to get everything at the store that I needed, so i'm going to Walmart probably later today to get that. Today is the first day starting the 21 day fix again. I weighed my self yesterday and I weighed 143 lbs, and 31.6 body fat. So yes I did gain some weight when I stopped, I was roughly at 141 lbs. But it's good news because it means that I don't gain weight that fast. Right now as i'm writing this i'm eating Salad (1 green container) with tuna (1 red container). 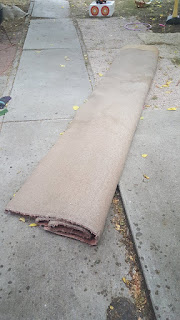 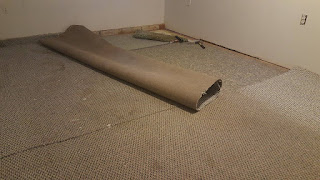 I have not worked on my bedroom since I last wrote mainly because we've been busy with hanging out in Medford getting stuff done for our wedding, etc. A bit ago though, it started raining (despite the fact that it hasn't rained since before summer!!! >.<) and my stuff that I had put outside from the bedroom was getting all wet, I had to rush and get everything under cover. The carpet that I have is still sitting out there though, but I think it will be okay for now. It's rolled up. Here are pictures of the room with the old carpet still there, and the carpet that's outside.

So, I am super excited, I may be getting a dslr--> Canon 80D. I've been wanting to start up my YouTube channel again and I love photography. I wanted to find a camera that can do both really well, and i've found that the 80D can do just that! I want to start vlogging, and make creative videos for YouTube. That's another reason why I started blogging here, so I can get my mind and audience prepared for what is to come.

Posted by Unknown at 6:10 PM No comments:

Not Just About Health

New beginnings of a healthier lifestyle isn't just going to be about health, but about my general overall knowledge about subjects that I feel that I should talk about. Also, if someone has a suggestion as to what I should write/blog about, feel free to leave a comment on this post!

Also, the more I blog the more you will get to know about me, and it might be easier to give me suggestions as to what I should write about.

Originally I was going to have a daily blog about my 21 Day Fix, and I actually did have one started, but it was on a different blogging website that's been down for at least 2.5 months now. I would steer you away from it but I figured there is no point now since they are most likely permanently shut down. I had typed out a whole template for a daily journal update for my 21 day fix, but then I realized later that it might be boring for most people since its just data and observations. So, now i'm not sure how I will structure my journey, but I will be figuring it out as I go.

I started the 21 day fix a few months ago, not sure when now. I lost a total of 9 pounds until I went to my sisters wedding, and since then I haven't really been doing the 21 day fix. I don't know how much I weigh right now, because I am afraid to even weigh my self. But I can say, that I haven't been eating crap, and the 21 day fix really did leave a lasting impact on how I choose what I eat, and the amount of water I drink daily. I am going to get started on it again as soon as I go grocery shopping.

While I was on the 21 day fix I began to notice that my weight was consistently dropping after about 2 weeks. It was going down about 1.5 pounds per week. Things began to fit not as tight, and I could tell that I felt lighter, and it was easier to move in general. I was also walking a lot too playing Pokemon Go, but I have not in a while. My fiance and I have been very busy with moving things around in our houses and trying to get things organized for later down the road. I've also been currently changing my rug out in my larger bedroom so I can move back in. But, I guess I should make plans for a walk again. I noticed that I have to actively decide to do something, in order to make time for it.

Hmm, I think blogging might help me think things out, and a lot more.

Disclaimer: I am not paid to promote or advertise any product sold by Team Beach Body. I am a customer that has tried it out and discovered that it works.